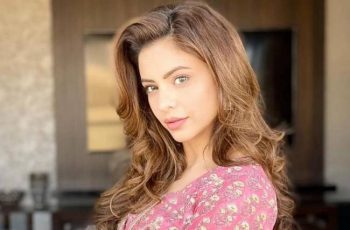 The reboot version of Kasautii Zindagii Kay is currently one of the most watched TV soaps. The character of Komolika is an integral part of the narrative. Hina Khan was playing the role of the iconic vamp, but had to leave the show midway due to film commitments. Ekta Kapoor brought on board Aamna Sharif, her one of the most popular lead actresses from Kahin Toh Hoga, to play Komolika.

The show marks Aamna’s comeback on the small screen after a gap of three years. She has been nailing it with her performance. In fact, the actress had made sure to add a different flavour to the character and it goes without saying that the audience is loving the new vamp on the show. Interestingly, not just the audience, Aamna herself is over the moon to be a part of Kasautii Zindagii Kay. And to celebrate this milestone, Aamna is planning to treat herself with a special but expensive gift which happens to be a saree. Reportedly, the diva is in love with Gharchola saree and has been yearning to have one for herself. And if the recent buzz is to be believed, she is planning to spend one lakh on this special handmade saree.

Indeed, this piece of news has raised a lot of eyebrows. However, confirming it, Aamna said that she has been looking for an authentic Gharchola saree from Gujarat. And while she has found, Aamna will be buying it really soon. She even called it her most prized possession.

“I heard one of my close friends talk about this saree during Navaratri and then I looked it up. The moment I saw the Gharchola saree, I knew I wanted to get one for myself! I wanted an authentic one that was made in Gujarat, so I have been searching for it and I think I have centered down on the one that I plan to buy real soon. It’s going to be one of my most prized possessions,” she said to media.