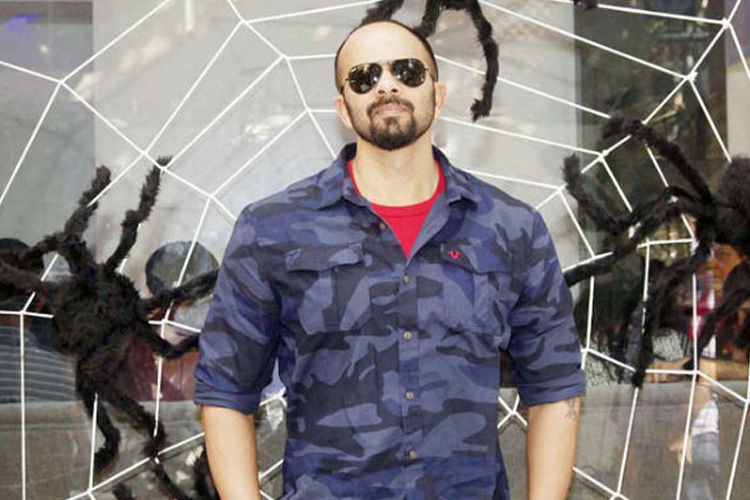 The director does seem serious about it..

Rohit Shetty enjoys shooting for stunt-based reality TV show “Khatron Ke Khiladi”, but the filmmaker says he is open to exploring the fiction space of the small screen too.
He says the script should be interesting to lure him in.
Asked if he would direct a fiction TV show, Shetty said, “It should be something interesting, and it should interest me…Then I will do it definitely.”
“But at the moment, I don’t see that happening,” he added.
Shetty hosted the fifth and sixth seasons of the stunt reality show. The seventh was hosted by actor Arjun Kapoor, but Shetty came back as a host for the eighth season. The show is aired on Colors channel.
Talking about his journey in the show, the “Golmaal franchise creator said, “I have been a fan of ‘Fear Factor’ before I started hosting it…I enjoy shooting for it and planning it.”
Shooting for Khatron Ke Khiladi: Pain in Spain, was a fun ride for Shetty.
“It was our first time of shooting in Spain… It was tedious… But overall it was a great experience.”
On the film front, he is busy with comedy-action saga, Golmaal Again. Golmaal Again is the fourth instalment from Shetty’s popular Golmaal franchise. The first instalment Golmaal: Fun Unlimitedreleased in 2006.
It stars Tabu, Parineeti Chopra, Ajay Devgn, Shreyas Talpade and Neil Nitin Mukesh. The film is slated to release on Diwali.