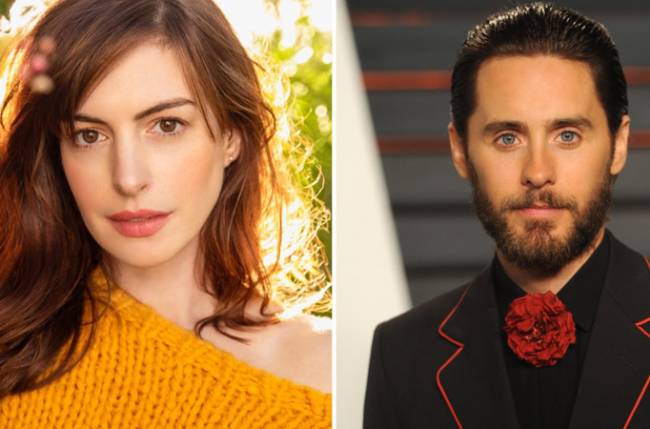 The limited series is based on the Wondery podcast of the same name. The eight-episode drama will follow the greed-filled rise and inevitable fall of the startup WeWork.

The limited series comes from creators Lee Eisenberg and Drew Crevello. John Requa and Glenn Ficarra will direct the show.

Leto will play WeWork founder Adam Neumann, with Hathaway is set to play his wife and co-founder Rebekah Newmann. Both stars will also be credited as executive producers on the show.

Eisenberg, who has an overall deal with Apple, will co-write, executive produce and serve as showrunner alongside Crevello.