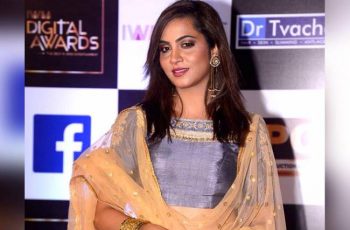 Arshi Khan became a household name after her stint in Bigg Boss 11. The actress was one of the most controversial contestants of Bigg Boss and made headlines during her participation in the show.

And now, since Bigg Boss 13 is going on, Arshi has expressed her opinions on the show. She said that she is not liking the present season of BB13. Arshi further said that people are bored as the housemates in this season are trying to copy and imitate Bigg Boss season 11.

The actress said that while Sidharth Shukla and Rashami Desai are trying to create the same thunder as Vikas Gupta and Shilpa Shinde with their petty fights, Shehnaaz Gill is trying to copy her.

Talking about the whole drama and masala in the house, Arshi said, “ Masala is bound to be created as it is given in the format. In fact, Swami Om’s season was all filled with lots of masala. But what ultimately matters is the quality”.

Well, Arshi who has survived in the house for a long time feels that the contestants need to put lots of efforts to make the show a hit.

Do you agree with Arshi’s views? Tell us in the comments.