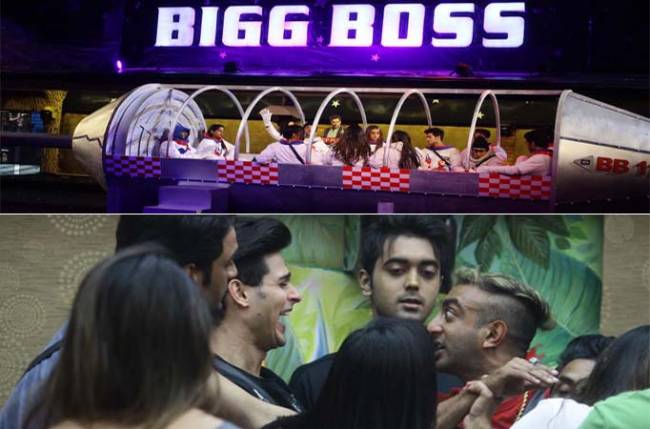 Attention space cadets! A huge rocket is built in the lawn area that has been converted into a space station where the ‘Gharwale’, dressed as astronauts must sit inside the Bigg Boss Rocket. This week, the luxury budget task comes with a major twist where the contestant’s performance in this task will not only affect their luxury budget and captaincy but also their winning prize money at the end of the show.
The task is relatively simple – the contestants must sit inside the rocket until the task comes to an end. Adding a new element, Bigg Boss has allotted a certain amount of points to each contestant. The amount allotted for each astronaut is put up on a board in the lawn area. At each take off tone, one of the astronauts can get off the BB rocket. The first three contestants who get off will directly be nominated for captaincy and the amount allotted to that astronaut will directly be deducted from the winning prize of all the other contestants.
Benafsha is finally fed up with Akash passing unnecessary comments on her and she warns Akash that ‘enough is enough’. Hina and Priyank take a strong stand against Akash saying that he can’t misbehave with the girls in the Bigg Boss house, Akash being Akash gives them a deaf ear and continues his shenanigans. This leads to an intense fight between Benafsha and Akash.
Priyank at the same time also lashes out at Akash. In the midst of all this drama, Puneesh also gets involved into a major fight with Benafsha and Priyank.