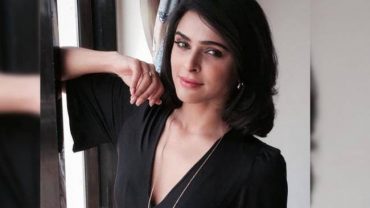 Bigg Boss 13 has some interesting tasks that the contestants perform. The makers have been introducing several fun tasks so far. Shehnaaz Gill was the captain of BB house this week and the day took an interesting turn as a fun contest named ‘Strong and Beautiful hair’ is organized for the female contestants. Rashami Desai, Shehnaaz Gill, Shefali Bagga, Mahira Sharma, Madhurima Tuli turned competitors as they walked the ramp for the contest, while Asim Riaz and Sidharth Shukla were the judges.

Rashami Desai dances to the song Gulaabo, while Shefali Bagga dances to Kaala Chashma. Mahira and Shehnaaz can also be seen dancing in the episode and eventually Shehnaaz is declared the winner. What did not go unnoticed with the fans was that they failed to show Madhurima’s dance and ramp walk. They slammed the channel for the same and were disappointed. While one user wrote, ‘#Madhurima we support her. Why was her ramp walk and dance not shown in the episode stop being baised @ColorsTV @EndemolShineIND #WeSupportMadhurima,’ another tweet read, ‘Love her absolutely. I was hugely disappointed when I found out that they have edited out her performance. We should all tweet ColorsTv, in support of Madhurima.’