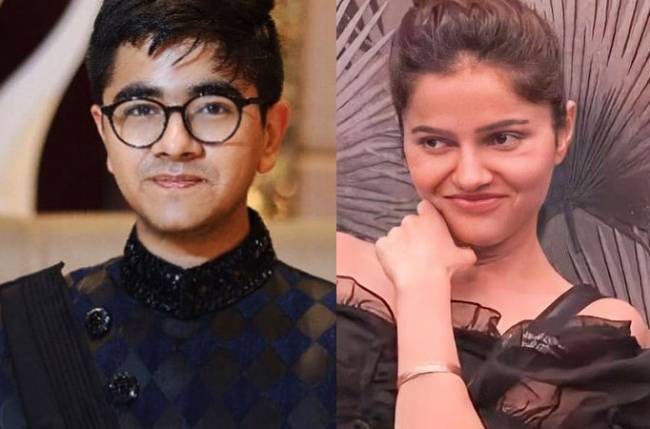 Ever since Bigg Boss 14 has gone on air, he’s often seen enacting the Bigg Boss contestants like Arshi Khan, Rakhi Sawant, Rahul Mahajan, among others.

Recently, Ronit shared a new video of another Bigg Boss 14 contestant, which is of Rubina Dilaik’s and we must say it will leave anyone in splits.

Ronit took to her his Insta handle and shared a new video of enacting Rubina Dilaik. Sharing the promo on his social media handle, Ronit wrote alongside, “Full video on YouTube, link in bio this is for all the #rubiholics who flooded by dms to do @rubinadilaik ‘s mimic (tag her and @ashukla09) #biggboss14 #funny#comedy#rubina#instagram#explore#explorepage#viral#biggboss#india#indian#biggbrother#style#mimic.”.

Ronit Ashra leaves everyone in splits as he aces Rubina Dilaik’s character. Right from her epic antics during tasks and her Hindi words during fights, Ronit has selected the famous shots of Rubina’s journey inside the BB house.

Meanwhile, Bigg Boss is on its last leg. The show, which went air in October last year, will conclude next weekend, i.e., February 20th-21st.

Ahead of the finale, Devoleena Bhattacharjee will bid adieu to the show in the upcoming Bigg Boss 14 episode’s ‘Weekend Ka Vaar’.

Salman Khan, on the other hand, will also be seen schooling Rahul Vaidya and Aly Goni for their rude behaviour with Rakhi Sawant and Jasmin Bhasin.