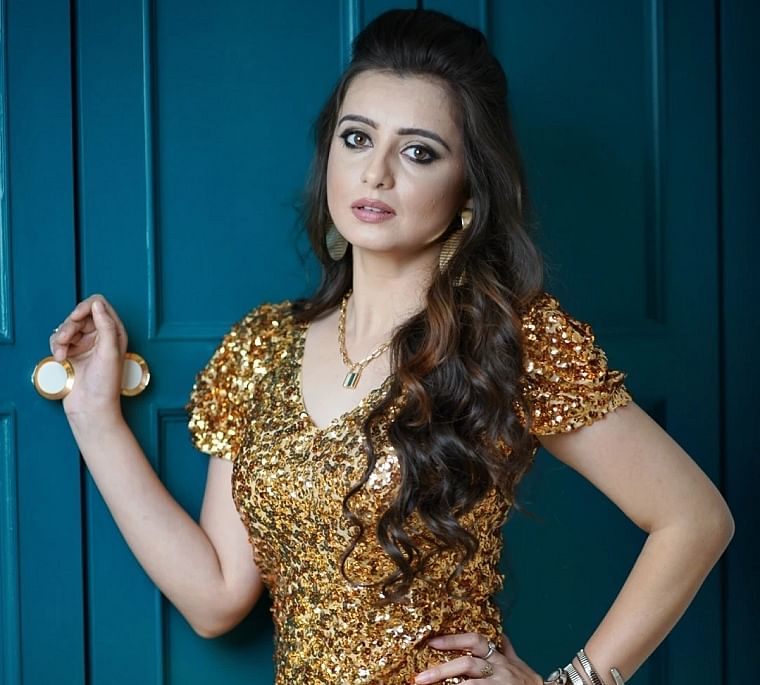 Chahat Pandey is a popular face in telly town.

The actress is known for her performance in shows like Hamari Bahu Silk and Durga Mata Ki Chaya.

To entertain the audience, she is all set to come up with a new show titled Nath Jevar Ya Janjir. In the show, the actress will be seen playing the role of Mahua, a simple girl, who is bubbly in nature.

Recently, in an interview with a leading portal, Chahat Pandey talked about her new show and her look. She also revealed that she has got her dues from Hamari Bahu Silk and thanked the media for their support. The actress told that, “Yes, the payment issues from Hamari Bahu Silk have been resolved. My payment dues have been cleared. I know it took a lot of time but I am happy that things are sorted.”

She added, “I would like to thank all the media people who highlighted the issue and supported us, and also the channel who supported us and cleared our payment. And now, I have bagged a new show, I am very happy. I would say intezaar ka phal meetha hota hai.”

Talking about the character, Chahat said, “My character Mahua is very different from the roles I’ve played so far in my career like Durga, Hamari Bahu Silk, Aladdin and Tenali Rama. My character is of a happy-go-lucky girl, very talkative but is very transparent. I relate a lot with my character.”