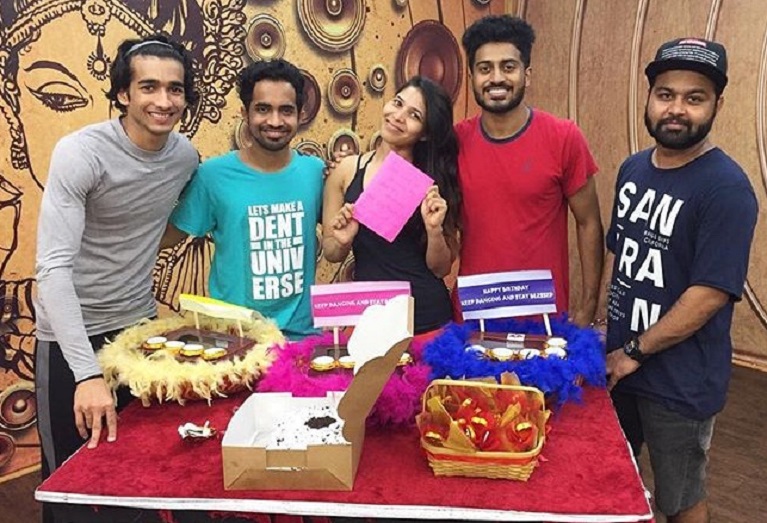 Shantanu Maheshwari’s tryst with winning hearts continues. He first impressed several girls with his portrayal of the ultimate lover boy Swayum in D3 Dil Dosti Dance.
He then made the nation proud when he and his crew went on to win World Of Dance – an international level Dance championship.

He again played the lovely and intense Sahir in MTV Girls On Top. The lad is currently seen in the on-going season of Colors’ Jhalak Dikhlaa Jaa Season 9 and is winning everyone over with his charming dance moves.

In a very sweet gesture, his fans have been sending Shantanu, love from all over the country.Recently, fans from Bangalore not only sent him gifts, but also to his entire team who is working with him day and night to put up awe-inspiring acts!

A group of Shantanu’s ardent fans sent him cupcakes, gifts and cards for him and Alisha, as well as Macedon Dmello and Nimit Kotian. These two are working hard with Alisha and Shantanu and assisting them for the choreography of their acts.

We got in touch with Macedon, who told us, “It was a really really sweet gesture from these fans to send us so much love from so far! I mean with fans supporting us, there is nothing more that we want to ask for!”

Macedon is all praises for Alisha and Shantanu. “Choreographing acts for Alisha and Shantanu on Jhalak till date has been quite a roller coaster ride! It also feels different as usually it’s always Nimit, Shantanu and me choreographing acts together, but now it’s us doing it for him. There are times when he does irritate us a bit, haha, but all in all, the journey with these two till now, has been totally worth it.”