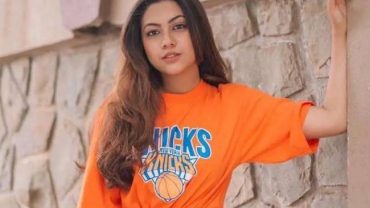 Avneet Kaur and Reem Shaikh are one of the top actresses of the small screen.

The divas are the most famous actresses of this generation who has come a long way in their career. Avneet is currently seen in SAB TV’s show Aladdin – Naam Toh Suna Hoga, while Reem is seen in Zee TV’s show Tujhse Hai Raabta. Both the actresses have established names for themselves in the Telly world. We all know how Avneet and Reem are best friends and are seen them hanging out with each other on various occasions.

While it was only recently that we saw that Reem, who made her big Bollywood debut with Gul Makai had Avneet and her other friends watching the film and even showering praises for her, the duo got

together once again and this time it looks like they made their Holi special by celebrating it together. Reem took to social media to share a picture with her and Avneet reshared the same. Reem mentioned Avneet as her love.