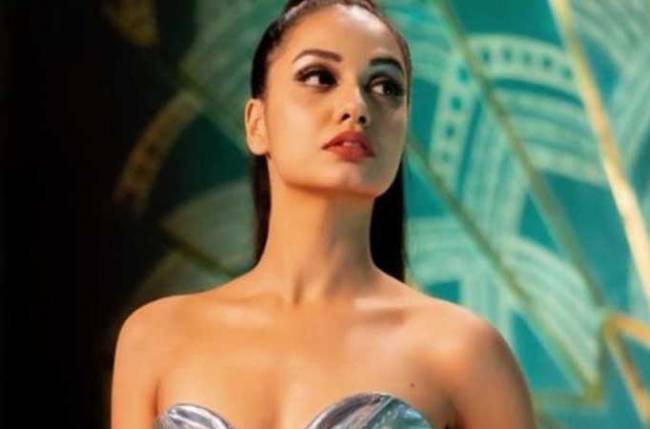 Mourning is extremely private and personal. At least that’s what actress-VJ Divya Agarwal had believed till recently. Unfortunately, it wasn’t so for her. Divya, who is grieving the death of her dad, Sanjay Agarwal on October 28, was subjected to brutal trolling after she posted pictures of herself two days after his demise.

Talking about people’s insensitive comments and judgemental attitude, Divya said, “It’s not affecting me personally, but I am worried about others who face similar attacks. I returned to work two days after my father passed away and was targeted by trolls. My work requires me to hide my real emotions, wear make-up and look happy. That makes it easier for people to judge me. The truth is, I have always found solace in my work. Besides, I am the only bread-winner of my family. Dad has left a void that can’t be filled, but I have to work for my mom and younger brother and keep myself distracted. I could have cried and grieved in public, as was expected by the people, but that would have affected my loved ones. After dad, my younger brother looks up to me, I have to be strong for him.”.

She added, “I can’t mourn the way people want me to, is there a rule book for it? I haven’t allowed anyone to put a garland on his picture or my mom to wear white. In fact, no one wore white at his funeral. I want to celebrate his life, I don’t want to be constantly reminded that he is no more. I don’t want validation from people that I am grieving, it is personal.”.

Divya says that as a celebrity, she is not a stranger to negative comments. She said, “Celebs often share glimpses of their private lives in public, and it’s normal for people to have opinions about them. But, I mind the language they use while trolling. They don’t realise that I might be adept at handling trolls, but my family isn’t. All I want to tell them is to not cross their limits while running someone down.”.

Recalling her dad’s final days, she shared, “My dad died following COVID-related complications. He was hospitalised and I tried my best to give him the best medical care possible. I live in Bandra with Varun (Sood, boyfriend). I was not allowed to meet him, so all I could do was get regular updates. In fact, my whole family was infected and in the hospital, but fortunately, my mom and brother recovered. Dad already had a lot of health issues; he was a heart patient and had also suffered a brain haemorrhage in the past. In the last few days, his heart wasn’t functioning properly. I was hoping for him to get better. A day before his death, I saw him from a distance and realised that he was in so much pain.”.