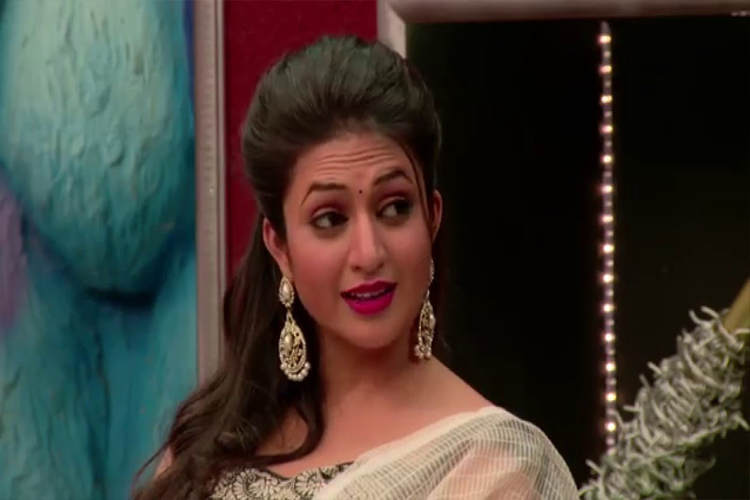 Divyanka Tripathi slams the ongoing reports of her REFUSING to shoot

Actress Divyanka Tripathi, undoubtedly enjoys being the superstar of television. However, being a star does have an ‘other’ side which is not as merry as the perks of being one are.

Time and again, Divyanka has been a victim of several controversies and false stories too. And the actress was dragged into another controversy, when reports about how Divyanka stalled the shoot of her show, started doing the rounds.

It was reported that during the Holi sequence of ‘Yeh Hai Mohabbatein’, Divyanka was drenched while shooting and thus she retired to her make-up room and sat in a wet saree. Apparently, her co-stars were running late for work and thus, Divyanka refused to shoot later for the remaining portions. Later, she apparently made the production team wait for an hour only to leave the set, mentioning that her call-time was over.

We contacted Divyanka to know the truth behind it and how do these rumors affect her as an actor. And Divyanka had some enlightening words to say to us.

The actress said, “When talking about rumors in general, they don’t affect me any more. I just shrug them off now. At times I laugh or at times I walk away with a straight face, depending on the intensity of the accusations.”

She continued, “We are a source of entertainment for the world – on or off screen. It’s a part of an actor’s life I think. But having said that I don’t take everything with a pinch of salt and just let it go. I think every person should stand up and clarify their side when the accusations are too big. A ‘no comment’ might not suffice when the allegations are so serious, that they may malign your image that has been built up over a number of years, in a second.”

Divyanka also added, “Even media needs to be more sensitive. Today the competition is so high that certain media groups don’t even care to cross check and just copy paste articles. They need to remember the power that has been vested on them. Their words are mightier than swords. A wrong article might spoil someone’s career or relationship, you never know.”

Those are some powerful words to be followed, aren’t they?