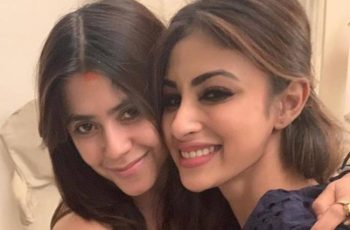 MUMBAI: Mouni Roy starrer Naagin became so popular among the audience that Ekta Kapoor went on to bring two more seasons of the show, and currently, season 3 is being aired.

Naagin 3 stars Surbhi Jyoti, Anita Hassanandani and Pearl V Puri and the trio won the hearts of the audience. The show is keeping the audience hooked to the screens with its intriguing narrative, however, it will come to an end and the finale of the show is almost here.

Amidst this, Ekta Kapoor has hinted something interesting and the fans of the show can’t contain their excitement.

Ekta took to social media and shared a promo. She captioned as, “All d #nagin fans ….wear ur seatbelts the craziest finale of the season is coming !!!! … this may Bela is going to get help from a strange benefactor n an unfinished story will reach d most dramatic. End !!! Ppl who follow the #nagin universe SHE IS COMING !!!! #keepguessing #queenofnagins.”

With the ‘punarjanam’ track, is Mouni Roy returning for the finale or is it someone else. Also, reportedly, Krishna Mukherjee is joining the show. So, who this new person is? Only time will tell.

What do you think about the promo? Hit the comment section below.