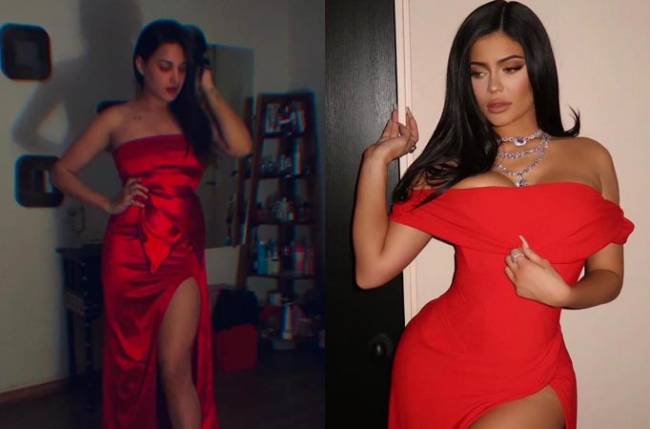 We’ve seen many resemblance of Bollywood and Hollywood celebrities but Himanshi Khurana’s look a like attire resembling Kylie Jenner takes the cake. Punjabi superstar Himanshi Khurana is always making headlines with her stunning style and personified beauty, but the diva stole it all by sharing her picture of herself which went viral on social media for her uncanny resemblance to Hollywood star Kylie Jenner.

The diva was seen wearing a blood red silk thigh slit gown, with minimal makeup and losing the hair open. The star wore the same gown from “fashionnova” which Kylie Jenner had put on on her 23rd birthday. Social media users couldn’t stop talking about the photograph and were seen showering Himanshi with hearts.

On work front, Himanshi is busy shooting for her upcoming project alongside Gippy Grewal and has a number of projects in the pipeline.