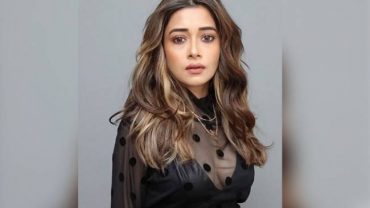 Tinaa Dattaa is known for her role in the show Uttaran, which also saw Bigg Boss 13 contestant Rashami Desai. The actress has turned popular for her stellar performances on the small screen and has managed to win hearts with her pictures on social media. Bored at home while in quarantine, Tinaa Dattaa took to her social media to drop a thirsty, but fans have some other intentions in mind. Datta’s fans want to put Tinaa behind bars for being ‘criminally sexy’.

On Instagram, Tinaa Dattaa shared a sexy picture of her sitting comfortably on the floor. Dressed in a super hot black lingerie, Tinaa manages to keep one hooked with her beauty in the picture.

One fan commented, ‘If being sexy was a crime, you’d be in prison for life!’