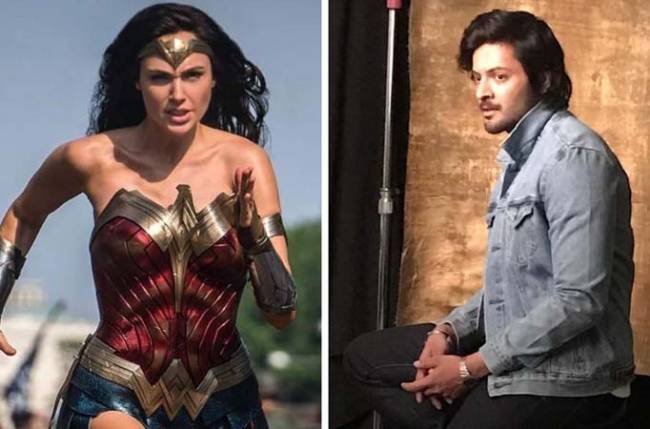 Ali Fazal has carved a niche for himself in the film world. He is known for his work in Bollywood as well as Hollywood.

Speaking of his Hollywood project, he shot with Gal Gadot for Death on the Nile in London last year. The two seem to have bonded will and have struck up quite a friendship. The two are yet to reunite for the film’s promotions, but are staying in touch through social media.

As Gadot announced the release of her film Wonder Woman 1984, Ali sent over his best wishes.

Taking to his Twitter handle, Ali wrote, “Best of luck Gal . Its going to be great . Everyones lookin forward to this (sic)”.

Replying to Ali’s post, Gadot wrote, “thank you. miss you!”

Some weeks ago, Ali had posted some still from Death on the Nile, featuring Gadot.

Warner Bros has decided to release its superhero tentpole ‘Wonder Woman 1984’ both theatrically and on the streaming platform HBO Max on the same day. The much-awaited movie, directed by Patty Jenkins and starring Gal Gadot in the lead, will debut in US theatres on 25 December and the same day it will also premiere on HBO Max.

Are you excited to watch the film? Hit the comment section.