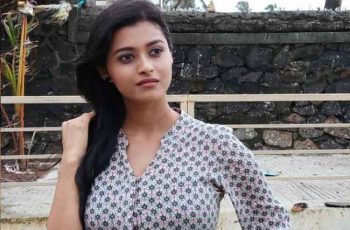 MUMBAI: Actor Aleya Ghosh loves being part of Rajan Shahi’s Baavale Utaavale. She adds that she loves doing comedy on screen. “Laughter is the best medicine, so comedy shows are always loved by the audience. Doing comedy or watching comedy is really fun,” she says, adding, “The title of the show Baavale Utavale is very unique and funny. I always wanted to do comedy shows. The first theatre play that I did was a comedy so I was always inclined towards comedy shows. I hope that the audience will accept the new concept and the change in the show.”

Talking about her character, she says, “I play Mrignaini, she is a princess from a kingdom which was looted long ago. She has a back story which will be narrated by her in the show. Her attitude, gestures and postures are princess-like, you can make out that she has come from that kind of an environment. But she is basically a servant here, Bhaisaab brings her here to take care of Sonu Bhabhi, who is pregnant. She is a servant but she cannot work as a servant, she cannot do household work because she has been a princess.”

The actor is thrilled to have got the chance to work with Rajan Shahi. “Rajan sir is a great person to work with. I still don’t believe that I am a part of such a big production team. Rajan sir really appreciates and encourages the members of his team and this is the reason that he has given such big hit shows. The way he treats everyone from his team, the cast and the crew is just amazing. He is very humble and the way he appreciates everyone is the best thing I love about him,” she says.