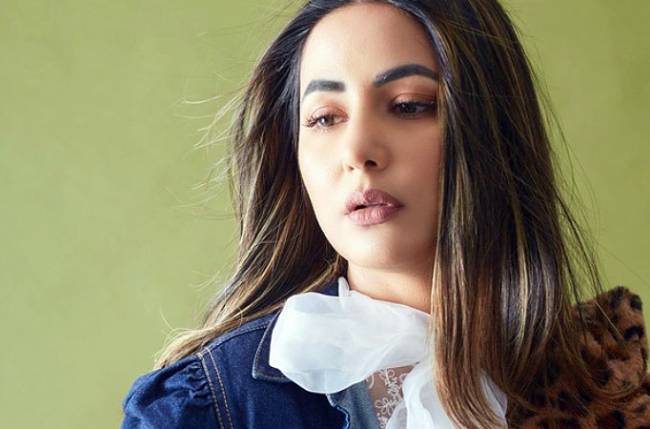 The actress plays the central character of a vulnerable girl, ‘Nazia’ in the movie, who is married across the border of Kashmir. The story revolves around how the tensions at the borders become a barrier between the couple.

Sharing her excitement and experience, Hina Khan says: “It is truly a privilege to be a part of this project. I have had a lot of amazing experiences while shooting for this film and especially this song. I am just waiting to see the response of the audience. Looking forward to getting immense love and support from them.”

The film is produced by Rahat Kazmi, Tariq Khan, Zeba Sajid and Raj Kushwaha. It is based on the lives of people living on both sides of border in Jammu & Kashmir. The film is set in Poonch, a historical city divided across the border and how the people were divided when the lines were drawn. Along with Hina Khan, the movie also features Farida Jalal, Rishi Bhutani and Ahmer Haider Zahid Qureshi.

The film has released on Vootselect.