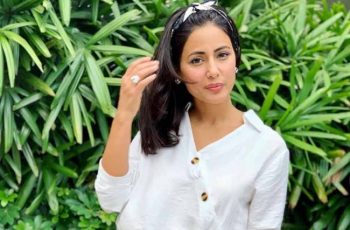 Hina Khan is one of the most popular television actresses. She rose to fame by playing the role of Akshara in Yeh Rishta Kya Kehlata Hai. She was last seen as Komolika in Kasautii Zindagii Kay. The actress is now geared up for her film projects.

In fact, she bid farewell to Kasautii to star in Vikram Bhatt’s upcoming film, Hacked. The film was scheduled to go on floors in March. Unfortunately, things didn’t go as planned, and the project came to a standstill. However, according to BollywoodLife, “the movie is back on track and is set to roll from the end of August.” The makers have finalised the male lead as well. Rohan Shah, who has been a part of various teen shows, will be seen opposite Hina in this film.

The report further stated that Rohan will play an 18-year-old boy who falls in love with Hina’s character. His character will have shades of grey, it is further revealed. Hina, on the other hand, plays a magazine editor in the movie. “Vikram was convinced that Rohan is the guy he wants when he met him for the first time. The story is primarily about Rohan’s love for an older girl and how it transforms into an obsession and social media has a major part to play in this fixation,” a source was quoted by the portal. Confirming the development, Rohan told BL, “I’m really excited to play this character. I have never played such a role or seen such an intense character on the screen in a long time. My character is primarily the reason behind all the twists in the film, so it’s like a dream come true for an actor.”