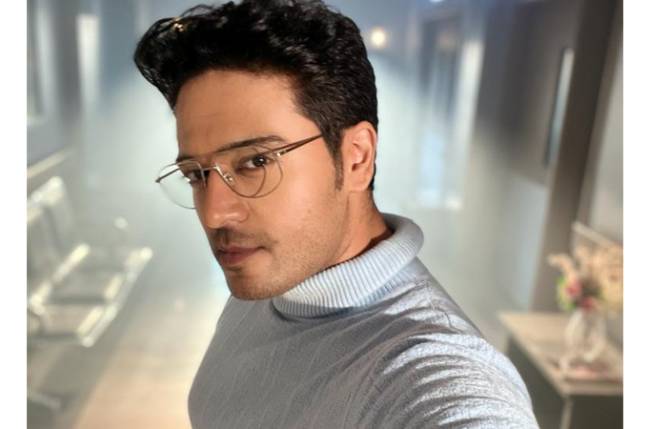 Ever heard of the saying, ‘Der Aaye Durust Aaye’? That’s exactly the case with Star Plus’ ‘Anupamaa’ fame ‘Gaurav Khanna’. The outstandingly talented actor has made every endeavor in order to make it big in the constantly growing industry. He has spared no effort to get where he is today and strived harder than ever to be able to be known as ‘a successful actor’ in the industry.

It is not easy to make your mark in an industry that is perpetually changing and it wasn’t easy for Gaurav as well. He has put in everything he could for his career to be a successful one and 16 years and 18 shows later, it all worked out for him! The actor has successfully made his place in the world of entertainment with his immense hard work over the years. He has delivered some impeccable performances over time and gained a decent number of followers in the process but, his absolutely commendable performance in Anupamaa has brought him the kind of fame he deserves. Gaurav Khanna especially made the headlines with his performance as the sophisticated business tycoon ‘Anuj’ and is quite overwhelmed by such a response after 16 years of patient perseverance.

His journey to where he is today is extremely inspiring and when asked what his secret mantra for success is, Gaurav revealed, “There is no secret! Every actor has a process and so do I. I am an extremely patient human being. I believe that every day may not be good but, there’s something good about every day. I think my education and upbringing are the ultimate pillars of learning when it comes to patience, perseverance, and hard work. I have always just worked hard without expectations and then ‘Anupamaa’ came along as the quintessential game changer for my career.”

He further added, “I have always had a very niche fan following through every show I have been a part of before but Anupamaa has multiplied everything I’ve ever gotten out of my career. Thankfully, I was at the right place at the right time and the world suddenly changed for the better for me. It is all very humbling and overwhelming. Our producer Rajan Shahi Sir had informed me of this role being an important one but, on TV nothing is permanent. So I wasn’t committed to anything permanent as such but gratefully, the character has received a lot of love and has appealed to all ages which is very new to me. I have received calls from corporate people working on higher posts, college kids, teenagers as well as toddlers who try imitating my character and make videos out of that which I truly adore. I never thought Anuj would be such a hit amongst the masses. People have loved Anuj and how! It is so motivating and makes me extremely happy how the character has caught on.”

He concluded by saying, “I am an extremely non-social person but, off-late I have been very socially active after Anupamaa as it’s a different ball game on social media now. It is quite important to be socially aware and visible being an actor in today’s times. It is the absolute need of the hour. I get a lot of love on my social media and my followers are organically increasing which I love. People want to know of me now. They are curious so it is kind of my responsibility to give them a few nuances out of my life. I still am not that good at social media but I try. My colleagues and wife help me a lot as they ace at it. All in all, I believe that a good player gets his or her merit at least once in their lifetime and I was waiting for my moment to show itself and it finally did.”

So Anuj Fans, gear up to watch this Sunday’s Maha Episode since it will bring the biggest twist in his life. As Anuj fights for his life in the hospital; Vanraj (played by Sudhanshu Pandey) sees Anupamaa’s (played by Rupali Ganguly) state and he is moved. Vanraj is now certain that Anupamaa feels for Anuj as more than a friend. Vanraj tells Anupama that she should open her heart as Anuj’s love is as pure, & as true as can be. Will Anupamaa accept Anuj’s love and start afresh with him? Or will some a new storm bring loads of more obstacles in the life of Anupamaa?

To know watch, the upcoming Maha – Episode of Anupamaa this Sunday at 7 pm only on Star Plus!