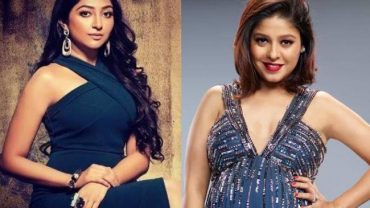 Indian Idol is one of the most popular singing reality shows. The show has given big breaks to many aspiring singers and today their career has reached new heights.

Singers like Neha Kakkar, Bhoomi Trivedi and Monali Thakur are some of the successful singers of Bollywood who are ruling many hearts with their soothing voice.

Every season of Indian Idol proved to be a huge hit among the viewers. The show saw dozens of fabulous singers who chose this platform to showcase their talent. While some successfully managed to make it to the top spot, some failed.

Bhoomi Trivedi has a big connection with Indian Idol as she appeared in the show not once or twice but thrice. The singer auditioned for season 3 but had to quit after she suffered from jaundice.

The singer then auditioned for season 4 but she had to again quit after her aunt passed away due to cancer.

After auditioning for the show twice and quitting for genuine reasons, Bhoomi did not give up and auditioned for the fifth season of Indian Idol and finally tasted success.

In fact, in the fifth season, Bhoomi got an opportunity to share the stage with the ace singer of Bollywood Sunidhi Chauhan and both performed ‘Mujhe Mast Mahaul Mein Jeene De’ and rocked the stage.

Not just the viewers but even Anu Malik and Salim Merchant were left awestruck with Bhoomi’s performance.

Well, Bhoomi’s hard work and dedication paid off and today she is one of the most successful singers of Bollywood.