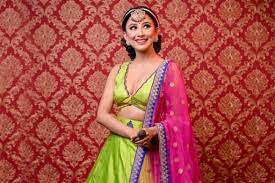 Assamese actress Sukanya Boruah made her TV debut with Colors’ newly launched show Nima Denzongpa, produced by Alind Srivastava and Nissar Parvez’s Peninsula Pictures is a one-of-its-kind story that showcases the life and journey of a girl Nima who hails from the North-East.

In a chat with us, Sukanya spoke about her role, journey aspirations as an actor and more.

Is “Nima Denzongpa” your first show?

How did you get this offer?

I received a phone call from the creative team and they told me that there’s a Colors TV show and asked me to audition for it, and within two weeks they told me to come to Mumbai for the shoot.

How much struggle did you have to go through, before getting this TV show?

Mumbai is a new city for me, and just two days before the shoot I was asked to come here. So, settling in was really difficult for me because I used to work in Assam before this show and I live here alone.

How many TV shows have you followed?

I’ve been a TV serial viewer since childhood. I used to watch Balika Vadhu, Pavitra Rishta and many more serials on TV.

No not really, but I do follow dance reality shows because I’m a dancer myself, so I love watching it.

How’s your bond with your co-actors?

It’s really good, but initially I faced many issues because I didn’t have the confidence to speak with them fluently but now, I’m at ease.

The character that I’m playing is quite different from me because she doesn’t like her father and her mother has been through a lot, unlike my real life. You’ll have to keep watching the show to know more.

What do you do in your free time when you aren’t shooting?

I like to travel, so even if I can’t go somewhere far, I travel nearby. Also, I like to try new food and moving to this city has given me plenty of opportunities to do that.