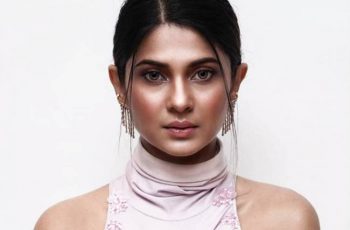 Recently, Jennifer, best known for shows like Dill Mill Gayye, and Beyhadh, credited her team for supporting her.

The actress took to her Instagram account and shared a picture along with her team. In the picture, she can be seen posing with Mukesh Patil who does her makeup, Rajiv Kumar and celebrity hairstylist Sharda Jadhav.

“The hardwork and hands that make me. #teamwinget,” she captioned the image.

Jennifer was last seen in Bepannaah, and she bagged Best Actress (Fan’s Choice) Award for the show at the recently held Indian Telly Awards.

Speaking about her upcoming projects, the actress, according to media reports, will be seen in Beyhadh’s season 2 and will also host the dance reality show Nach Baliye.