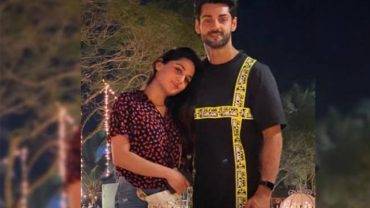 Karan Wahi is one of the most popular television actors. He is currently hosting a gaming show which airs on Zing Channel. The actor has a huge fan following.

The actor, who was once one of the most eligible bachelors of telly town, is no longer single. Recently, the actor made his relationship with girlfriend Uditi Singh public by uploading several pictures with her on social media, leaving girls heart-broken.

Karan has been posting a lot of pictures with Uditi and today is her birthday. Karan has posted a cute message for her on his day and also mentioned that this is not the best time to celebrate and hopes she finds happiness in everything around her.