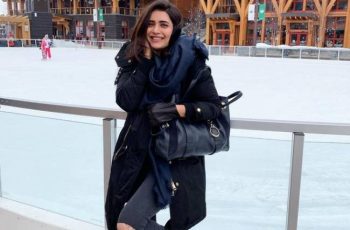 MUMBAI: Karishma Tanna, who made an exit from Naagin 3, has revealed what made her leave the show.

The actress portrayed the original Naagin Ruhi in the show. After her lover Vikrant (Rajat Tokas) gets brutally killed, she gets a new face and identity as Bela (Surbhi Jyoti). So, after Karishma’s part ended in the show, she worked in another supernatural series called Qayamat Ki Raat. However, later, she re-entered Naagin 3 as Huzoor, a negative character, which died recently.

According to a report in SpotboyE.com, “Karishma Tanna opted out from the show as she was unhappy with Surbhi Jyoti fans trolling her miserably after her re-entry, as they were of the opinion that Karishma should not hog the limelight when Surbhi has made the show a hit, all by herself.”

But in an interview with the portal, Karishma gave a different reason. She said, “I had to leave the show as I had prior commitments. I have taken up some shows and events which I couldn’t have backed out from as the organisers have already started advertising. I can’t be unprofessional.”

When she was asked if she was upset with the hatred she was receiving from Surbhi Jyoti’s fans, the actress replied saying that trolling has never affected her.