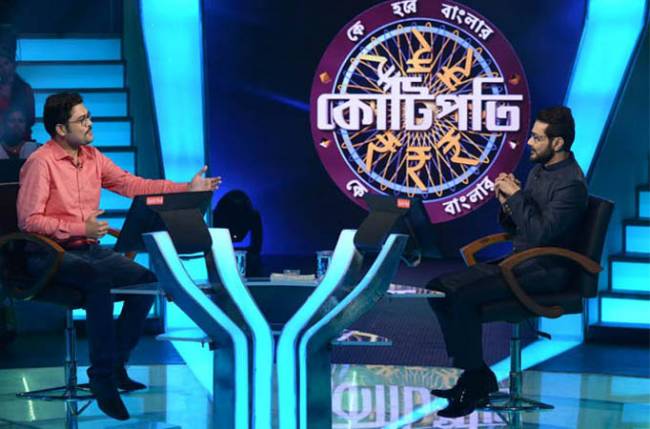 KOLKATA: Here is a piece of good news for fans and admirers of Uttam Kumar! As 24 July marks the 38th death anniversary of Uttam Kumar, Colors Bangla’s Ke Hobe Banglar Kotipoti is paying a tribute to the legend.

Uttam Kumar, fondly called Mahanayak, holds a special place in the hearts of all Bengalis. In the forthcoming episode, Prosenjit Chatterjee, host of the quiz show, will speak about the legend’s contribution to Bengali cinema and how he mesmerized the audience for generations. We hear Prosenjit became emotional while speaking about Mahanayak. The contestant on the hot seat also paid tribute by singing a song from Uttam Kumar’s movie.

Prosenjit also shared an interesting trivia about his home ‘Utsab’. Do you know that Satyajit Ray and Rituparno Ghosh had shot at the superstar’s residence? In fact, Manisha Koirala and Prosenjit had shot a few scenes from their movie Khela at his home.

The episode ended on an emotional note when Prosenjit spoke about Mahanayak’s struggle in his initial days and how he went on to becoming a prominent personality in the entertainment industry.

Tonight’s episode is surely going to be special! So, gear up for the show. It will be aired at 9 pm.