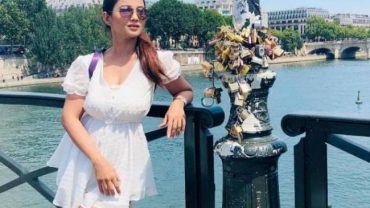 While most of us get creeped out with the stunts involving insects, we wonder how these small ants and spiders are taken off from the contestants after the stunt is over. There’s a constant fear what if one of them stays back in your hair or nose, or in your clothes. Recollecting a horrifying incidence related to the same, Adaa Khan shares her experience seeing a live cockroach pop out of her ear a day after performing a stunt.

In a media interaction, the actress recollected that she was required to perform a task with cockroaches in Khatron Ke Khiladi 10. Out of the thousand cockroaches heaped on her, a tiny one crept into her ear despite putting on earplugs. She senses something moving inside her ear but felt that it could be her imagination as she has recently seen so many cockroaches crawling on her. However, as she tried to sleep at night she wasn’t at peace as it was constantly flickering inside her ear. She tried to remove it with an earbud but failed. On the doctor’s arrival, he put drops in her ear after which the flickering sensation got faster and a cockroach popped out of her ear alive.