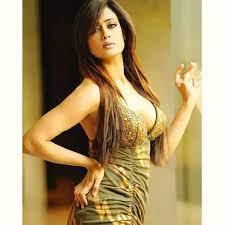 KKK 11 fame Shweta Tiwari is all ready to showcase her for her new show.

The television industry’s famous actress and a favourite of many Shweta Tiwari is on her next target on trying out something new. Shweta has been roped in to play a CBI officer in a brand new suspense thriller named Shukla v/s Tripathi.

The story plotline is around a young poetess named Madhurima, who sadly gets shot during a live television show. Followed by this sudden murder, Shweta’s character is seen not leaving any stone unturned to solve the case. She is the one who will be seen to solve the case and give justice to the right one.

Shweta’s character is on a journey to unravel the truth and dig out information about the crime. While questioning Shweta Tiwari on her entry in new show she said, “I am excited to be part of the upcoming series Shukla V/S Tripathi. It’s a thriller with lot of suspense and we have just begun shooting for it. A young poet gets shot on live television and now it is upto the investigating officers to dig out the truth against all obstacles.”

On talking about her character Shweta added, “I play a no nonsense CBI officer, Ridhima Lakha who cannot be swayed or bribed. As we begin this journey I just wish for love and support from my fans.”

The show will be aired on the OTT platform, Ullu, which has been currently trending and is the talk of the town after the launch of Tandoor, starring Rashami Desai and Tanuj Virwani.