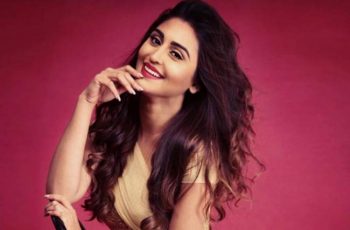 Actress Krystle D’sSouza, who recently made her web debut with the show “Fittrat”, says it was fun exploring the new medium.

“In web shows, actors get more time to prepare for their roles. Before going on the set, we know what we have to speak and enact because we get ample time to do rehearsals. It’s not the same in TV. We work nonstop for daily soaps. Sometimes, we shoot for a day before its telecast. So, we don’t get much time to rehearse. While working on the web show, I realized this difference between both the mediums,” Krystle told IANS.

“Fittrat”, an ALTBalaji and ZEE5’s web series, is the story of Tarini Bisht (Krystle), who comes from a humble background but has a clear goal of getting rich. She is the kind of girl who is a combination of beauty and brains and sees to it that she gets what she wants.

Not only the medium, with the show, Krystle shared that she has explored such a role for the first time.

“I have never done this kind of role before on screen. For me, it was something new and challenging. It is very important for actors to play different types of characters…otherwise, it becomes monotonous. Even the audience now expects different from us..so I am now trying to explore different sides and present something new for my fans,” she added.

Krystle rose to fame with her role of Jeevika in “Ek Hazaaron Mein Meri Behna Hai”.