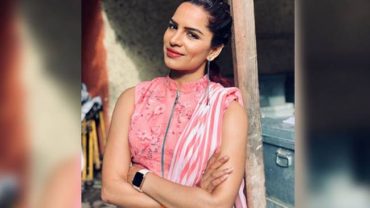 Shikha Singh along with her husband Karan Shah welcomed a baby girl. The adorable duo is now proud parents of a little angle who arrived on yesterday morning. On April 22, Shikha, who plays the role of vicious Aaliya in Sriti Jha and Shabir Ahluwalia led Kumkum Bhagya had announced her pregnancy. The actress has been treating her fans with her baby bump pictures ever since. Shikha and Karan had picked a name for their baby girl Alayna Singh Shah. It’s the same name they had thought during their Maldives babymoon trip.

While speaking to BT, Shikha announced her baby girl’s name and said, “We are naming her Alayna Singh Shah. During our trip to the Maldives in February, we had decided that if we have a daughter, this would be her name. This was the first name we both agreed upon, and after that, throughout the pregnancy, we called our baby, ‘Al’.” When she was asked how does it feel to be a new mother, she said, “The feeling is yet to sink in. I think the countless sleepless nights that we will face, will make me realise that I am a mom now!”

The actress opened up about her pregnancy journey during the pandemic. Shikha added that she along with her husband Karan had taken all the precautions they could throughout our pregnancy. She revealed they wore masks constantly, sanitised themselves, and did all household chores. God has been kind to the couple as everything went smooth for them. The baby has arrived and they are both fine.