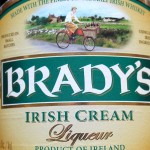 In Main Naa Bhoolungi, someone sends the photos of Avinash (with and without moustache) to Aditya, pointing that both are one. Aditya gets shocked and doubts Samaira to be Shikha. He asks someome to enquire about Mr. Amrith Seth in Switzerland. Neeraj tells Avinash’s family that he is leaving their home after being insulted by Shikha. Sudha, Mahi and Avinash try to stop him. He leaves. Aditya gets a call from his confidante informing him that Amrith Seth is a big business tycoon in Switzerland.

Aditya gets a message again asking him to meet him to see Samaira’s real face. Neeraj is going towards the airport and sees Shikha’s misscalls. He thinks something is wrong. Neeraj comes to Shikha’s room and kisses Arnav. Shikha apologizes for her mistake. Neeraj confesses his love for her and tells her that he is leaving. Aditya meets the man who was Shikha’s plastic surgeon assistant. He shows him Shikha’s surgery video. Aditya gets shocked. Madhu comes and tells him that she is his well wisher. Aditya gets surprised to see her well. Madhu tells him that she acted to be in Coma and bought the doctor. They shake hands to take revenge on Shikha.

Aditya comes to Samaira and wishes her Happy Birthday. He then gifts her saree and tells her that he will be taking her to Panchgani for their honeymoon. Shikha recalls Aditya pushing her off the cliff. Samaira thinks to kill them once she gets Arnav’s custody. Mohanto gifts her Arnav’s custody papers on her birthday as a gift. Samaira thanks him. Aditya has other plans for her.

Samaira is about to sign the custody papers, but then they hears sound from Madhu’s room. Madhu acts to get out of Coma making her family happy. Mohanto refuses to give custody of Arnav to Samaira as Madhu is back to normal. Madhu pretends to get shocked knowing about Arnav’s custody. She pretends to get unconscious. Madhu leaves the house with Arnav shocking everyone.

Aditya reads Madhu’s letter that she is taking her son with her and asks them not to search them. Samaira tries to convince Mohanto to file the Police complaint. Mohanto refuses. Samaira gets tensed. Later Aditya tells her that Madhu threatened to kill Arnav. Samaira hugs Aditya and asks him to save Arnav. She cries. Madhu calls Samaira. Samaira pleads to her to leave Arnav and to kill her instead. Madhu tells her that she is in Panchgani. They go to Panchgani resort, but couldn’t find Madhu there. Madhu tells them to keep their search on. Aditya tells Samaira that Madhu is there in the near by resort.

Samaira asks Avinash to take Police’s help in tracing Madhu. Inspector assures his support. Aditya tells Samaira that Madhu might have taken Arnav to a farmhouse and convinces her to come with him. She agrees. Aditya calls Madhu and informs her that they are coming.

Meanwhile Avinash thinks to take Mohanto’s help. Avinash goes to Mohanto and tells him about Arnav’s life in danger and Samaira risking her life. Mohanto and Sunaina decide to find out about Arnav. Shikha takes Arnav from Madhu and starts running. Aditya comes and takes Arnav. He stands beside Madhu and starts laughing. Aditya tells her that they will harm her together shocking Shikha. Aditya tells her that Madhu opened his eyes and he came to know about her truth. Madhu asks him to kill Shikha.

Madhu asks Shikha to dig grave for herself if she wants to see Manav/Arnav alive. Shikha digs the land while crying, pleading them not to harm Manav. Manav cries calling her mamma. Madhu asks her to lie down in the grave. Shikha agrees and lie down. Aditya puts sand on her and covers the grave. Aditya tells good bye Shikha Gupta. Shikha comes out of the grave somehow.

Madhu brings Aditya to Panchgani and is about to push him from the cliff. Just then Shikha comes there and tells them that she is back to take her son back from them. Madhu says, it seems you wants to be killed by us. Aditya and Madhu drag Shikha near the cliff to push her. Just then Mohanto, Avinash, Sunaina and their family come there with Police. Mohanto gets shocked to see Madhu and Aditya’s real faces. Police arrests Madhu.

Neeraj kicks Aditya making him fall off the cliff. Shikha holds his hand and reminds him how he pushed her. She leaves his hand. Aditya falls from the cliff and dies. Mohanto apologizes to Shikha and tells Arnav that he loves him very much. Mahi gives Shikha’s hand in Neeraj’s hand and asks them to be happy forever. The show ended on a positive note. Shikha took her revenge and got her son back.