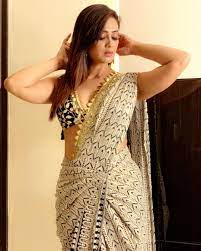 Shweta Tiwari has been sharing glimpses from her stint in Khatron Ke Khiladi 11. The actress has been active on social media. From sharing her sporty looks to behind-the-scenes photos with co-contestants, she has been ensuring that her fans get to see what she is up to on the sets of the reality show. Her recent set of photos has won hearts. However, it has also prompted her Arjun Bijlani to tease her about her abs.

Taking to Instagram, Shweta shared photos in which she is seen flaunting her sporty look in a yellow co-ord tracksuit. As she basked in the sunshine, Shweta posed in front of the picturesque backdrop of Cape Town and left fans gushing over her smile. However, Arjun has made a hilarious observation about the actress and was not shy to ask her about it in a comment. He questioned Shweta as to why she was hiding her abs in most of the photos she shared.

Sharing the photos, Shweta wrote, “Everything Worth doing starts with being scared! #kkkjourney #kkk11 #Darrvsdare #capetown.” Arjun commented, “Abs kyun chupaye”, with a laughter emoticon. Fans too were amused by Arjun’s observation.