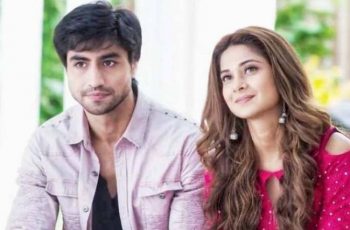 MUMBAI: Jennifer Winget, who is best known for shows like Beyhadh, Bepannaah and Dill Mill Gayye, certainly knows how to live life to the fullest.

This Sunday, she met with her friends and had a gala time with them. The actress and her friends took to social media and shared pictures and videos from the get-together. They can be seen signing songs, dancing, eating and drinking, enjoying every moment to the fullest.

However, among all, one friend who caught everyone’s attention is Jennifer’s Bepannaah co-actor, Harshad Chopda.

In the videos, the duo can be seen having a gala time and singing songs with their friends. As soon as the videos hit the internet, fans left comments demanding to see their favourite onscreen jodi again on the TV screens.

Take a look at the posts below.

Recently, at the Indian Telly Awards, Harshad was quizzed if he will be working in the second season of Bepannaah, and he had said that if there ever is a season 2 of Bepannaah, he would love to be part of it.

Speaking about Jennifer’s upcoming project, the actress reportedly will be seen in Beyhadh’s season 2. In addition to the TV show, she will be making her digital debut soon with a show on ALT Balaji that is tentatively titled Code M.