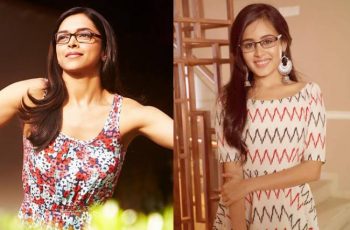 MUMBAI: Rhea Sharma is a popular television actress. She made her television debut with the series Itna Karo Na Mujhe Pyaar. Later, she acted in soaps like Yeh Hai Aashiqui, Tu Sooraj Main Saanjh, Piyaji and Kumkum Bhagya. She is currently wooing the audience by her portrayal of Mishti in the show, Yeh Rishtey Hain Pyaar Ke. She has won a lot of appreciation from her fans and viewers.

Recently, the actress compared her character with none other than Deepika Padukone from the film Yeh Jawaani Hai Deewani. She told media that her character is somewhat like Deepika’s character from Yeh Jawani Hai Deewani as she also lives like a normal girl who wears simple western clothes. “She is also reserved and is into her own shell and later she meets few people who make her feel comfortable and happy. In the show, Mishti also wants that one person who makes her feel happy and that’s why she gets comfortable around Abir,” she said.