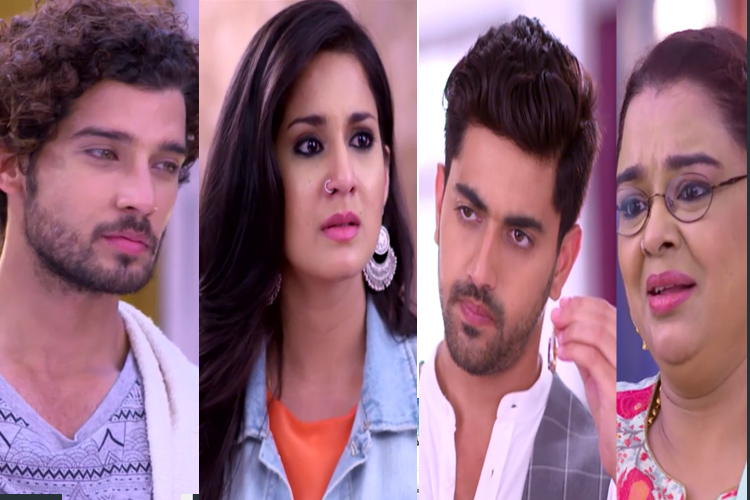 With Ali and Neil on the quest, the time for Ananya aka Avni seems to be up

The revelation about Ananya (Aditi Rathore) being Avni has been the only mission for both Ali (Gautam Vig) and Neil (Zain Imam) for a long time now in ‘Naamkarann’ (Star Plus).

The recent episode witnessed another attempt by Neil to decode Avni’s truth as he tried different pendants on her. However, Avni has still managed to be safe and Neil is frustrated about the same.

In the upcoming episodes, the expose seems to be finally happening as Ali and Fatima (Gulfam Khan) will be desperate to unravel the truth.

The viewers will soon see Riya’s birthday celebrations where Ananya will also be present. Despite Fatima’s advice to forget Avni and move on, Ali will be adamant on proving that Ananya is indeed Avni. He will request Fatima for a chance to prove the same.

On approval, the duo will gatecrash Riya’s birthday party and will spot Ananya there.

When Fatima and Ananya will come face to face, the latter will struggle to hold her feelings and this will hint Fatima about the possibility of her being Avani.

But soon, Avni will realise that she might get exposed and will convince Fatima that she is Ananya by behaving rudely.

However, Avni is not completely out of danger as Neil is still on the lookout for proofs to expose her. Avni’s repeated attempts to stay away from Neil will be seen going in vain as destiny will keep bringing them together.

With barely dodging a bullet in case of Fatima and Ali, and escaping Neil’s tactics, will Avni be able to hide her truth for a long time? Only time will tell.

Are you excited about this upcoming twist?