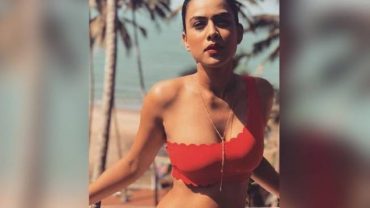 Popular television actress Nia Sharma has opted to paint it orange in a new post on social media.

Nia took to Instagram, where she shared a photograph of herself in an orange outfit paired with bright orange lipstick.

“Orange is the new ORANGE!” captioned Nia, who has a following of four million on social media.

Nia, who ventured into TV with the show “Kaali” but gained recognition with her role in “Ek Hazaaron Mein Meri Behna Hai”, had shared a stunning photograph of herself and said that the ones addicted to selfies are only trying to convince themselves they are good looking.

The actress, who was seen in the fourth season of supernatural thriller show “Naagin”, has also worked in shows like “Jamai Raja” and “Ishq Mein Marjawan.”