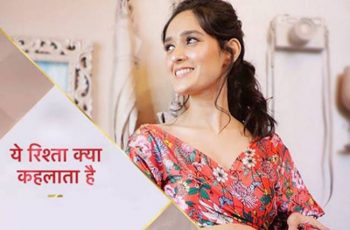 MUMBAI: Pankhuri Awasthy is a well-known small screen actress who has been a part of several shows. She is known for soaps like Suryaputra Karn, Razia Sultan and her last show Kya Qusoor Hai Amala Ka. Now, she will be seen in the longest running show Yeh Rishta Kya Kehlata Hai.

She will return to television after two years with this show. She will be seen playing the role of Vedika, female lead opposite actor Mohsin Khan in the show.

An excited Pankhuri took to her social media handle and shared a picture from the sets. She captioned the picture as, “Vedika. Starting a new journey but as always nothing without all your love and support! when the name says it all… #consciousness #altar #river #celestial #yrkkh #yehrishtakyakehlatahai”.

Speaking about her return to TV and her role in the show, she told Bombay Times, “It is good to be back on television, and that too, on a show that has been running for a decade now. I am playing a sweet, soft-spoken girl, who enters Kartik’s family. It will be followed by a lot of twists and turns.”