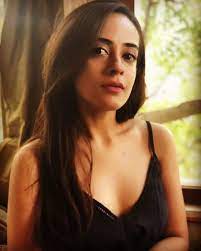 Many television channels are going under a re-vamp and are introducing a lot of new serials.

Star Plus is coming up with a new show titled Vidrohi, which will be produced by Gatha Productions and star Sharad Malhotra.

The show is set to take the audience into an extraordinary mythological journey.

We have exclusively learned that Priya Tandon has been roped in for the show, and she will have a pivotal role.

The actress made her debut in Life OK’s show Baawre, in which she played the role of Shaheen.

She has also been part of Bollywood movies like Wedding Anniversary and Moh Maya Money.

There is a lot of hype about the serial as post Naagin 5, Sharad Malhotra will be seen as a lead in it, and fans can’t wait to watch him on screen.

The show will begin the shoot once the cast is finalized.

How excited are you about this new show?