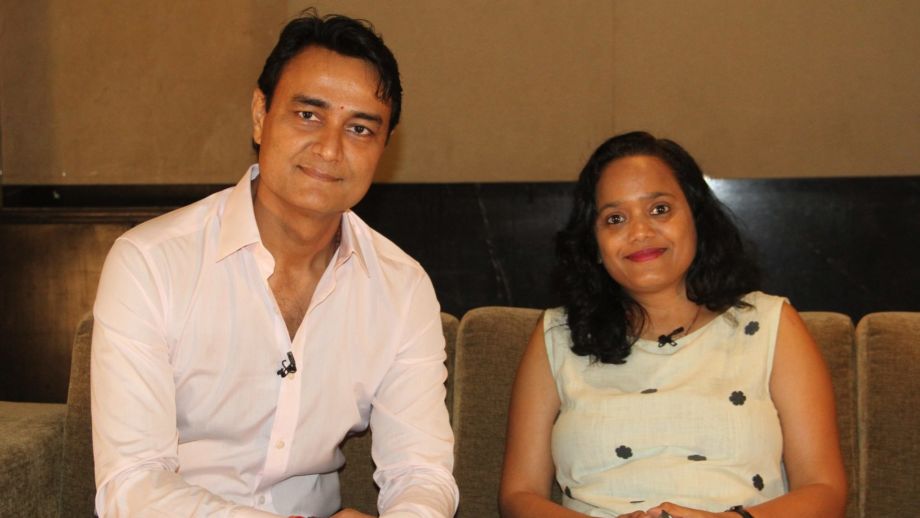 Here’s what they have to say about their upcoming show, the challenges and ‘Pehredaar…’ going off-air suddenly.

Sony TV launched its show Yeh Un Dinon Ki Baat Hai yesterday and, from the looks of it, it is definitely going to be a walk down the memory lane for some while a totally new experience for many.

In a candid chat with the makers, we asked them about the ideation of the show, the challenges faced and the abrupt end of Pehredaar Piya Ki.

Here is all that they had to say!

How did the idea of bringing your own love story on the TV screens materialize?

Shashi Mittal: We always wanted to bring our story to the small screens. Every time we used to talk about good old days or talk to our friends about things and instances, we used to think that those days were different altogether. While movies have begun to showcase the 90’s already, we wanted to bring it to the small screens in the form of our own love story, Yeh Un Dinon Ki Baat Hai.

What were the challenges you faced during making the show?

Shashi Mittal: The most difficult thing to incorporate in the show was to bring in the entire setting on TV. It is because this isn’t a 2 and a half hour film, you have to run multiple episodes. You have to be careful that you keep in mind the era and nothing out of that is shown. There is a lot of risk that is involved, but we were keen on bringing this to TV.

Had there been a presence of technology back then, how would your story have changed?

Shashi Mittal: It would have been exactly what is the case with the youth today – stuck on WhatsApp may be.

Sumeet Mittal: With the technology that was prevalent back then, we did make sure that we make maximum use of it. There wasn’t any internet back then, so phones were one way we could connect to each other and meeting wasn’t very easy. Technology did help us but the best part was that it wasn’t at our disposal. There was this wait and the thirst for love that prevailed.

The youth today might not be able to connect to many of the instances in the show, anything you’d like to say on that?

Shashi Mittal: There will be reactions as to how can something happen, and we do know that, but, it is a love story. When Love Aaj Kal had released, we did love the movie, but we all were more inspired by the Saif who was shown from the older era. The emotions in any love story remain the same, irrespective of the time and convenience.

Anything in the making apart from the show right now?

Sumeet Mittal: Something or the other does keep happening. Now that we are in the field, we will obviously continue working ahead. A film is in the making right now.

Pehredaar Piya Ki went off-air overnight. It received quite some mixed reactions. What would you have to say about that?

Shashi Mittal: There isn’t much I wish to say about this because as creators we had made it with a lot of love and we did not have any intention to hurt anyone’s sentiments.

Sumeet Mittal: Well, there were people who spoke about how there wasn’t anything that cannot be shown on TV and those were the genuine reactions. People who have seen it and then reacted, it is more than appreciated but those who haven’t seen it and yet made statements, we can’t really talk much about that. There is no counter to talking about it to people who haven’t yet seen it.

Your message for the fans?

Sumeet Mittal: This is going to be a great show I feel. And people who’ve lived their lives are likely to enjoy it while those who haven’t will only manage to find a deeper meaning to it and totally indulge in the show.