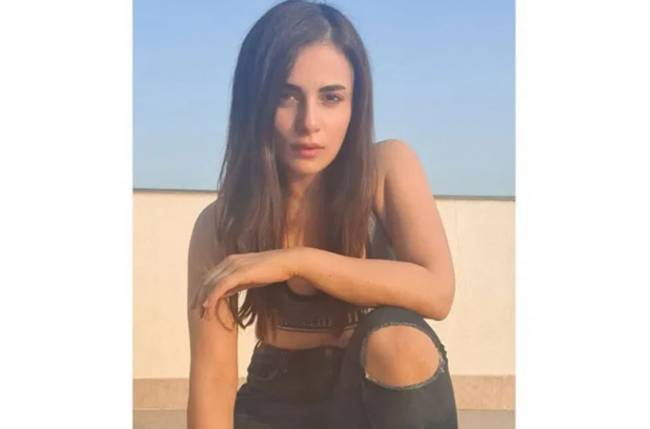 Actress Radhika Madan, who is known for the funny captions she gives to her social media posts, has made a hilarious revelation.

In a new Instagram picture, Radhika sits dressed in a sports bra and ripped pants.

For the caption, she borrowed a dialogue from the popular nineties tele-series “Shaktimaan”.

Shaktimaan” narrates the adventures of the fictional superhero of the same name that Mukesh Khanna essayed in the blockbuster series that aired on Doordarshan from 1997 and 2005.

On the acting front, Radhika was last seen in “Angrezi Medium” and will next be seen in Kunal Deshmukh’s “Shiddat”, co-starring Mohit Raina, Diana Penty and Sunny Kaushal.