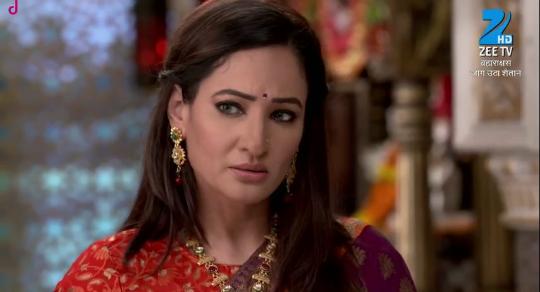 Zee TV’s Brahmarakshas – Jaag Utha Shaitan is all set to see major twists and turns in the upcoming episodes.

Zee TV’s Brahmarakshas – Jaag Utha Shaitan is all set to see major twists and turns in the upcoming episodes. One of the pivotal characters is all set to make an exit from the show.

According to our sources, Mohini’s character will make an exit post her death in the show.

Brahmarakshas will feature a Maha episode this Saturday and it will so happen that Raina (Krystle Dsouza) goes to Mohini (Rakshandha Khan) to help Rishab come out from the stone but she will trick Raina and attack her with a stone; post which, she will run away. On the other hand, the Brahmarakshas will also arrive and attack them (Raina and Rishab) and Mohini will die soon, but only after telling them about that will be created upon the arrival of the Narasimha.

We contacted Rakshanda, who confirmed the news, “Yes, the character is dying in the show. I came back after a break and Mohini’s character had different shades to play – from a very positive woman to one that can go to any extent to get her things done.”