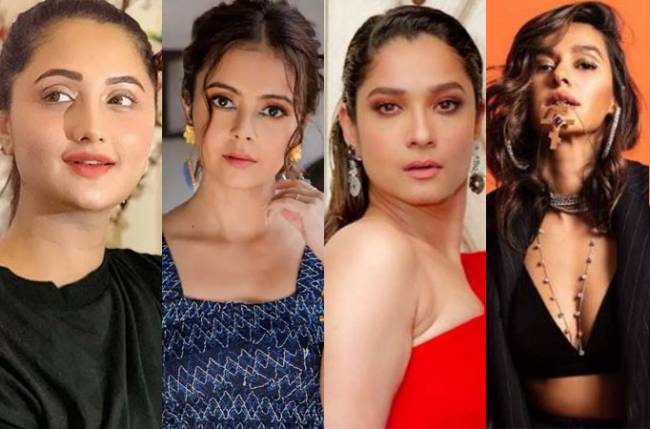 Popular television actresses Rashami Desai and Devoleena Bhattacharjee have come out in support of Ankita Lokhande. Shibani Dandekar hit out at Ankita Lokhande, calling her open letter ‘grotesque.’ Deeming Ankita as ‘princess of patriarchy,’ Shibani mentioned in her post that Ankita hasn’t dealt with her own relationship issues with Sushant Singh Rajput and that she only wants her ‘2 seconds of fame’. After Shibani shared her posts, several TV stars including Karanvir Bohra, Hina Khan, Ravi Dubey, Vikas Gupta and others backed Ankita. Now, Rashami and Devoleena also extended their support to Ankita.

Taking to social media, Devoleena wrote, “Whoever she is but i must say all the day she got that 2secs fame targetting our beloved @anky1912 .I mean like seriously… yeh toh hadd hi hogayee hai..Kahan se chale aate yeh log & kaunse duniya mein jeete hai. More More power to you @anky1912.”

Rashami tweeted, “@anky1912 I know who you are and the entire country knows who #ankitalokhande is .” She also wrote, “But what I am seeing I want to make it clear that Ankita and Sushant’s relationship was not toxic at all. It was Sushant’s decision, he wanted to opt out of it for whatever reason or situation, obviously, it is very personal. Ankita and Sushant have been supporting each other even after they were not together and Ankita is very close to his family after the breakup also. And today so-called people are claiming, who don’t even know Sushant or the entire situation or even about Rhea are putting her into a bad light?” Rashami added, “Now, this case is moving forward and getting some other angle, so let’s not dig out things don’t ruin someone’s name when you don’t know the reality and two minutes fame, my darling, Ankita Lokhande doesn’t need that she already is a star.”