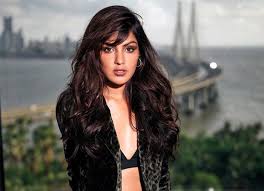 Bigg Boss is one of the most popular as well as controversial reality shows. While the show is famous for its controversies, it is also known for giving a boost to many actors’ career. Now that Bigg Boss 15 is gearing up to launch, people started speculating that Rhea Chakraborty will be a part of the reality show.

However, sources close to the lady denied the news. In fact, papers and social media handles also wrote that makers were trying to rope in Rhea Chakraborty and Ankita Lokhande together for the same season. Ankita Lokhande also hotly denied doing Bigg Boss 15. It seems she is offered the show almost every year. Now, Rhea Chakraborty was seen at the same studio as Tejasswi Prakash and Dalljiet Kaur. There are rumours if she is joining the show or going to do a special dance performance for the premiere episode.

Rhea Chakraborty was seen in a pair of denims and a grey top. The actress also carried a Louis Vuitton sling bag with her. Tejasswi Prakash and Dalljiet Kaur were also seen at the same building. Everyone is wondering if the ladies were rehearsing together. Now, Rhea Chakraborty has thanked a skin clinic salon for a pampering session. The name of the place was Clinic Metamorphosis. Fans have commented on Rhea’s photos that it is good to see that she is looking after herself. It is not unusual to see celebs head to the salon before going to the Bigg Boss house.

Do you want to see Rhea Chakraborty in the controversial house? Hit the comment section.