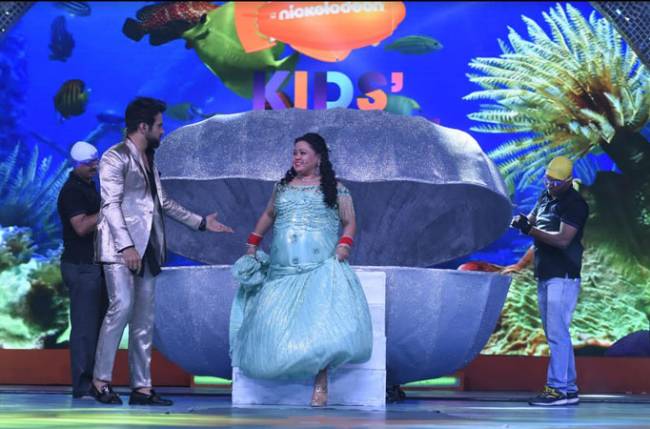 Usually we see actresses having costumes woes on stage or the red carpet but Bharti Singh’s costume had someone else troubled! Are you wondering who? Well, it’s none other than her co-host at Nickelodeon Kid’s Choice Awards 2017 Rithvik Dhanjani.

A source from the awards show informed us, “Bharti wore a sea blue mermaid kid-of dress as the theme of this year’s show was Underwater. Her long train dress though looked stunning but was causing a problem for her co-host. Rithvik had to fold it every time Bharti made exit or entry as it was too big for her to handle it. He looked a bit annoyed while doing so.”