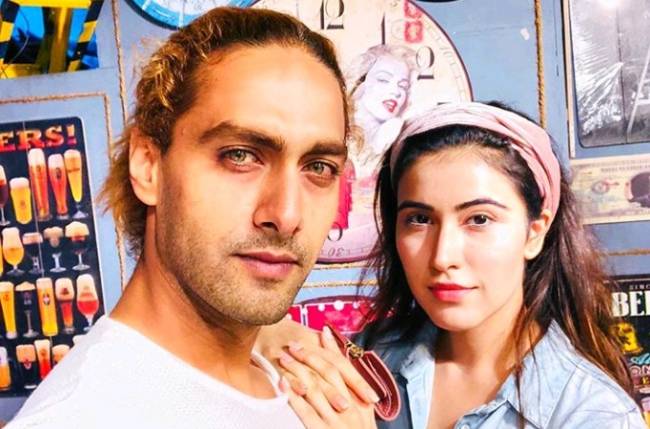 MUMBAI: Scoops, gossips, breakups, and patch-ups are all a core part of the glamour world. But there are times when even celebrities wish that they would get to live a normal day without people interfering in their lives, not having each move of theirs being watched, and not making headlines for every small fight that they have with their partners.

Well, one such couple who has been under the radar of the media is the gorgeous Sheena Bajaj and the handsome Rohit Purohit, who had a little trouble in paradise. But that was all in the past; it seems the two have rekindled their love. The two had stopped following one another on social media, but the love they share has helped them overcome all the differences and brought them together. We spoke to Rohit, who is currently seen wooing his audience with his charm in Sony TV’s Porus, who said, ‘Which relation does not have its set of highs and lows. Just like a normal couple, we also had our set of issues, but we are still together and not separated!’

The actor further adds, ‘Everyone has problems in their relationship, then how is this such a big thing? Everyone knows that both Sheena and me are away from each other while shooting, have a packed schedule, and aren’t able to give proper time to this relationship. In such times, small little arguments fights are bound to happen.’

‘We never broke off, but it was just a small misunderstanding and distance that made things worse, but now everything is perfectly fine between the two of us by God’s grace,’ shares Rohit.

Rohit took to his Instagram handle and shared a few clicks with Sheena.