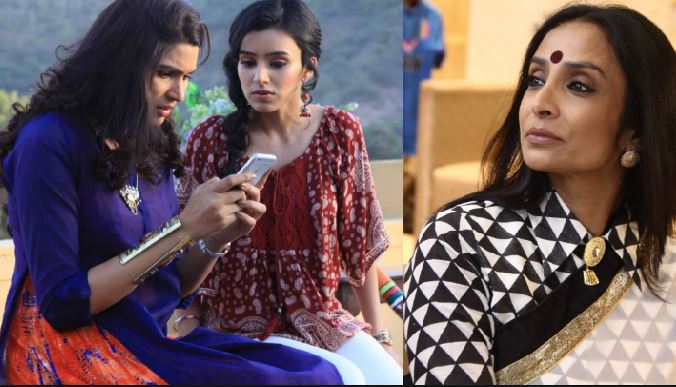 Colors’ Ek Shringaar-Swabhimaan is currently revolving around the fast paced track of Sharda’s MMS scandal with the CM.
Meghna finds a clue in the video where the miscreant is referring to Sharda as a Ghodi. And in the past too, Nandkishore had referred to Sharda as a Ghodi. Meghna catches this point and tells Naina that Nandkishore is the culprit and that she will avenge Sharda’s insult from him.

An angry Meghna tells Naina that she will expose Nandkishore to get back her mother’s lost self respect. But Naina is against Meghna’s plan as Nandkishore is also their Papaji’ and Kunal and Karan’s father. Naina also reminds Meghna that she can’t accuse Nandkishore on the basis of one clue.

While Meghna feels that avenging the culprit will restore her mother’s self respect, Naina feels that Meghna’s step will further ruin the strained relations between both the families. And the sisters end up disagreeing over this, to the point that their relation hits a rocky patch.

While Meghna’s sole aim is to expose Nandkishore, Meghna tries to keep her elder sister from taking the wrong step. And this will create a rift between Meghna and Naina even more. And Sandhya, who is waiting like a hawk to break Meghna and Naina’s unity, sees this unrest as a perfect opportunity to wedge the rift wide between the sisters.
Sandhya will use the divide and rule method and create more differences between the sisters. She tries to fill both the sisters’ ears against the other.

But the smart sisters get to know of Sandhya’s evil tricks and foil her plan big time.
Keep reading this space for more updates.