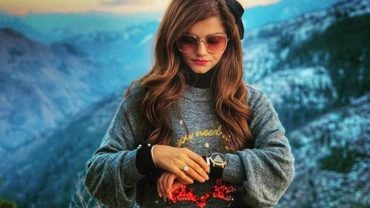 Rubina Dilaik, who is known for playing Soumya Singh in Shakti Astitva Ke Ehsaas Ki, has shared a stylish picture with her adorable sister.

Rubina, who is also known for playing Radhika in Chotti Bahu, has two sisters namely Rohini and Naina.

Along with the picture, she revealed that her sister has sent gifts for her. Tagging both of her sisters, Rubina wrote in her caption, “When your lil sis @rohinidilaik sends you gifts #sister #love @dilaiknaina”

In the picture, the actress can be seen posing with one of her sisters. Both of them can be seen flaunting similar bags, which seem to be the gifts.

Isn’t the trio setting sibling goals? Share your thoughts in the comment section below and stay tuned to this space for more updates.

On the work front, Rubina rose to fame with her role of Radhika Shastri in Zee TV’s Chotti Bahu. Some of her other TV projects include Saas Bina Sasural, Punar Vivah – Ek Nayi Umeed, Shakti Astitva Ke Ehsaas Ki, among others.

On the personal front, the actress tied the knot with television actor Abhinav Shukla on 21 June 2018.