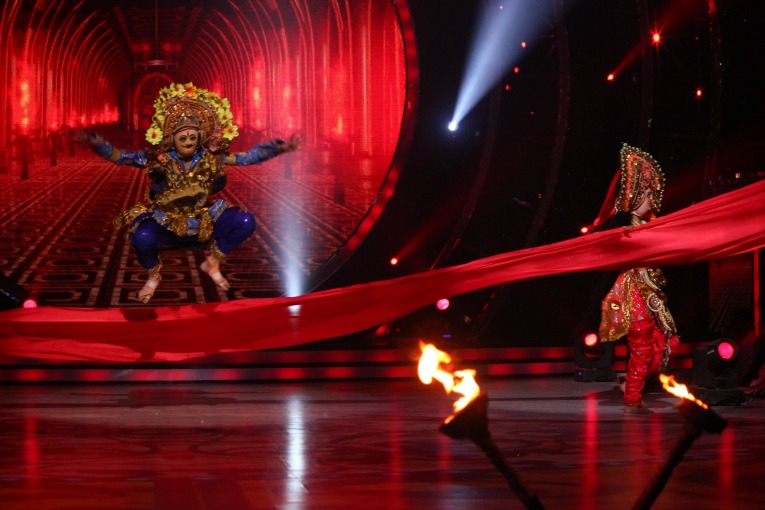 He, along with his choreo-partner Alisha, will be performing the traditional dance form tonight.

Jhalak Dikhlaa Jaa Season 9 failed to click big time with the audience. However, the journey of the show, has been quite a joy ride for a few of the contestants and their choreographers.

One such contestant is Shantanu Maheshwari, who along with his choreo-partner Alisha Singh will be seen performing the Chhau dance form in tonight’s episode. Tonight will also witness the one and only Dwayne Bravo dance to desi tunes on Jhalak.

In an exclusive chat with Shantanu, we got the shy lad talking about his tonight’s performance and his journey so far in the show.
Talking about what Chhau exactly is, Shantanu told us how difficult it is to come down to a two-minute Chau performance. “Chau is all about storytelling through your dance and it is generally an elaborate one-hour performance. Incorporating it all in a two-minute dance routine is really difficult.”

According to Shantanu, Chhau to be the most challenging of all the styles that he has attempted so far. He said, “I had to learn Chhau from step 1 since I had no idea about it. I had just heard about it, actually, both of us (Alisha and I) had just heard of it and did not have too much knowledge on the same.”

“The mask that is used in the performance needs to be rented and they are not custom made. Hence, making them takes a lot of time. With it, your eyesight is blocked and there is limited vision and breathing in particular, becomes very difficult,” he further added.

From what we see, Chhau is sure a task to perform. And we wish Shantanu all the very best.