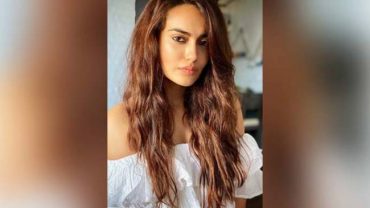 She was last seen in the third season of popular supernatural show Naagin.

The actress has been away from the screen after the show went off-air. But Surbhi had portrayed a small role in Yehh Jaadu Hai Jinn Ka.

Even though fans wanted the diva to return in Naagin 4, it didn’t happen.

The actress has a massive fan following on social media and has a lot of fan clubs dedicated to her.

Well, she was loved in Naagin 3, and her performance was highly appreciated by the audiences.

We have now come across a video where Surbhi revealed that she had called Arjun Bijlani for some tips before she had signed the show.

In the video, Surbhi says that the actor had told her that she will have a lot of fun on the show, that his blessings are always with her, and that she will do a fabulous job as a naagin.

Surbhi thanked him for all the support and kind words. Well, Arjun was also a part of the Naagin series. He had played the main lead in Naagin 1.

There is no doubt that Surbhi is one of the best actresses we have on television and has made a place in the audience’s hearts.