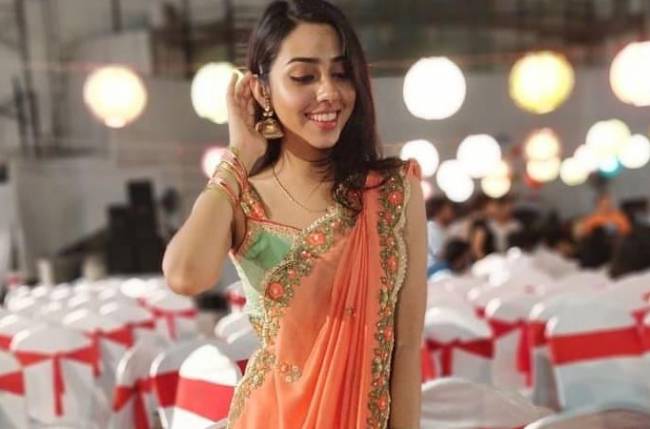 The undisputed king of TV shows since a long time is Taarak Mehta Ka Ooltah Chashmah, which has witnessed n number of casting changes. With time, we got used to it but deep down, we still miss the original cast. Be it Bhavya Gandhi, Jheel Mehta or Nidhi Bhanushali, we miss every one of them.

Thanks to social media, we’re able to be in touch with our favourites even though we miss them on tv screens. We love to keep a check on all of our old members of ‘Taarak Mehta club’, but it’s Jheel whose one picture grabbed our eyeballs.

A few weeks back, Jheel Mehta shared her ‘then and now’ picture on Instagram. In the picture, she is seen standing in front of Taj Mahal. We can see how beautifully the Taarak Mehta Ka Ooltah Chashmah actress has grown up with the cuteness quotient intact.

Meanwhile, every Taarak Mehta Ka Ooltah Chashmah fan would be aware of the reason for which Jheel Mehta left the show in 2013. She was brilliant with her academics and bid a goodbye to the sitcom for the same. She was then replaced by Nidhi Bhanushali, who too got replaced by Palak Sidhwani in 2019.

Reportedly, Jheel scored above 90 per cent in her 10th exams. Cut to now, everyone would be wondering, what is she doing these days, after being part of such an iconic Indian sitcom?

After 10th, Jheel Mehta had a plan of making a career as a doctor but she dropped it. She chose commerce and further pursued BBA (Bachelors of Business Administration). Currently, she is working in a startup named Mutterfly, an e-commerce site which gives an option to seek several products on rent. Speaking about the designation, Jheel Mehta works as a social media executive there.